One of the old concerns that linger is the question, ‘Is hypnotherapy safe’?

Often, it is fuelled by misconception and ironically by the very quality that makes Hypnotherapy an important therapeutic tool, and that is its extraordinary capacity to influence and create positive change.

Is hypnosis or hypnotherapy safe as a therapeutic tool?

The first premise of all therapy including talk therapy is to do no harm. At the very least, if you go to see a therapist, a doctor or any kind of health care professional, you should be in a better position than before you went. When you don’t, this is called iatrogenesis.

Hypnosis is a safe and effective method, arguably the most effective method of helping people get unstuck. There are no drugs. There are no risks of overdoses or side effects as marked on the label. Most concerns revolve around the idea that hypnosis is so powerful that it can send a person off the edge. Without a doubt, there are some people that you don’t want to use hypnosis with.

Is hypnotherapy safe with mental illness?

People with diagnosed mental illnesses like psychosis are not great candidates for hypnosis. If people have low functioning schizophrenia or other mental health issues, most hypnotherapists won’t use these methods for them. But for the average person on the street, hypnosis is a very safe and effective method of facilitating change. In fact, even for mid range and low range depression, hypnosis is now seen as one of the best tools for dealing with it.

There is, however, this idea that hypnosis is more powerful and more invasive than other forms of talk therapy. The truth is that the strength of clinical hypnotherapy is in the power of suggestion. What hypnosis does very well is provide a wonderful vehicle for delivering a positive therapeutic message because once in hypnosis, the client’s constant “yes, but..” (the bane of most therapists’ existence) simply doesn’t come up as often. The same statement uttered by counsellors, psychologists and alike on a daily basis with relatively little effect can be transformed into an effective message when stated in hypnosis.

Put simply, once in hypnosis the client is more able to accept possible solutions and alternative perspectives than they would be in a normal conscious state. Why is this? Right now we don’t know. Neuroscience is only now developing the tools to measure brain activity with detail that might explain this phenomenon, but we are some years off a full explanation yet.

However, Hypnosis is not so powerful that it forces the client to accept all and any suggestion made but the hypnotherapist. Nor will it make a client do something that they don’t want to do, or would go against their values. A Clinical Hypnotherapist is a navigator, not the Captain. We never have control of the wheel. We rely on the power of the client’s mind. Their resourcefulness, experience and abilities. We are mostly concerned with eliciting those dissociated, hidden, or otherwise inaccessible resources.

Of course, the truth is, like any other healthcare delivery, when in the hands of a poorly trained or inept practitioner iatrogenesis is a possibility. Even with the best intentions, a little knowledge is a dangerous thing. All therapy influences, whether it is intended to or not. When two people get together to discuss something, influence can occur at either the verbal or non-verbal level, even if the practitioner seeks to minimise the effect.

Are all Hypnotherapy qualifications the same?

Hypnotherapy is an unregulated field in Australia at this point in time. There are people out there who have done 3-5 day courses and call themselves a hypnotherapist. One of the problems with the short courses is that there simply is not a time to offer the emphasis on professionalism that longer courses can imbue. Moreover, their knowledge base is cursory at best. It is often not until they are in front of clients that they discover the gaps in their understanding, and then come and reinvest in a solid course like a Diploma.

The key advantage of a diploma level training is that it grants you membership to the Australian Hypnotherapists Association (AHA) and that membership offers you access to full clinical insurances and Health Fund Rebates for your clients.

If you are considering using a Clinical Hypnotherapist but they only have a membership of an American association, this would suggest that their training is only a few days. The truth is a good, well-trained hypnotherapist who is a member of the Australian Hypnotherapists Association (AHA) recognises that it is a powerful tool and typically amplify the significance of anything you say.

Given this phenomena, a clinician has to know what not to say as much as what they can say. A negative suggestion could potentially gain traction as much as a positive suggestion. Having said that, people are not blank canvases. As the client, you have a choice whether a message gets in or not. Just because you’re in hypnosis doesn’t mean to you are compelled to automatically accept whatever the clinician says. If that were true, then everyone would have a 100% success rate as a hypnotherapist because we could control your mind and therefore, just tell you what to do. It’s a lot more complex than that.

How experienced is the hypnotherapist?

To give this context, we’re not surgeons. If you think about a surgeon, at some point in a surgeon’s career they have to cut into a real live patient for the first time. There is no way they are as proficient that first time as they will be on the 100th time they do that operation. The truth is all training is only preparation for the real learning which is when you’ve got a real client in front of you. That is where the real training ground is. At worst with hypnosis, most people might feel a little more irritated, or they might feel they wasted their money because they went to someone that really didn’t have any real effect.

But ultimately, the assertion that hypnosis can send people mad or make them do something dangerous is significantly overstated. The risk is no more than going to see a counsellor or a psychologist or anyone else in helping fields. Given that well-trained Clinical Hypnotherapist will screen you beforehand, assess your suitability, and then decide the best course of action, some of the issues that have occurred with stage hypnosis just shouldn’t happen.

Stage Hypnosis is NOT hypnotherapy

So, unfortunately, Stage hypnosis is the slightly embarrassing and annoying little cousin to Clinical Hypnotherapy. And this taints people’s perception of Clinical Hypnosis. The media doesn’t seem to make a distinction between the two forms, but there is a significant difference between bringing random strangers on stage and using hypnosis for entertainment, and a clinical setting that is usually one on one. Moreover, the stage format tends to promote the myth that the hypnotist is in control.

The idea that hypnosis is a form of mind control is a longstanding myth. The truth is you never lose control in hypnosis. You’re always in control. You can take on board what’s offered to you or not. Even with the stage shows it should be noted that all stage participants are volunteers. They don’t just walk up to the stage, they run up to the stage. Fifty or more people might run up onto the stage and the hypnotist will cull people down using a series of “susceptibility tests” (these assess your willingness to comply) until the titles the group down to the top ten most compliant people. These people will give the hypnotist the best chance of an entertaining show because they are more willing to do just about anything he suggests for the entertainment of the crowd. The idea that you volunteer for a stage show thinking that the hypnotist won’t make me do anything silly is ludicrous. That is the whole point of the show.

Hollywood and Media myths about Hypnotherapy

The media and Hollywood have reinforced these myths. Film plots with hapless innocents trained to be assassins through the use of hypnosis have been popular over the years, and the media regularly misrepresent the dangers of hypnosis. To illustrate the point further, the Daily Mail recently reported that a woman called Natasha Schofield jumped off a P&O cruise-liner into the ocean, effectively committing suicide. They also found that she had seen a hypnotherapist at some point. And of course, they made a link. They speculated if this was the reason she had suicided.

Now, this is a tragic situation. And, there is a lot we have not been told about Natasha’s circumstances. We don’t even know why she went to the hypnotherapist. She could have gone to stop smoking for all we know. To suggest that hypnosis might be responsible is a very long bow to draw. And quite frankly if she had been seeing a psychologist or psychiatrist, or been on antidepressants, it probably wouldn’t have made the papers.

Even with this case, the woman’s Google review for the hypnotherapist states she now finds “mindfulness much easier to run” for herself. So, it looks like the hypnotherapist was actually delivering a form of mindfulness, which is commonly used by psychologists these days and a range of counsellors. Even then the report claims that Natasha “committed suicide just weeks after her appointment with the hypnotherapist”, but the Google review is dated February 23. Her plunge into the ocean was in April.

Clinical Hypnotherapist can’t “make” you do anything. I can’t even make my 5-year-old eat vegetables. I can offer you suggestions and build a case for you to take a much more positive approach to life, I can help you build the skills to leave old habits and behaviours behind. But I’ve got to build a case for that. I’ve got to help you recognise the benefits and the costs of that change and help you make your own decisions.

But we need the client’s cooperation to facilitate the change. Hypnotherapy is not a spectator sport. The client has to engage and choose to come for the journey or it just doesn’t work. At the end of the day, I can’t make any of my clients do anything, but I can help them use their own power to change what they are doing, and give them more choice in their lives. That’s what I do.

A hypnotherapist is a navigator. They are not the captain of the ship. They never get to take hold of the wheel. As a navigator, I can plot you a course through the coral, but if you don’t choose to follow the path I offer there is not a lot I can do about that.

Now, to be sure there are good navigators and there are fairly ordinary navigators. This is true for every single profession on the planet.

What to look for

And then talk to them, find out if you gel with that person because ultimately it still comes down to the therapeutic alliance. It comes down to whether you see a good fit or not. Some could have the best qualifications on the planet, but they’re not a good fit for you.

So, is hypnosis safe? In the hands of a well qualified, well trained, and experienced practitioner, the answer is ABSOLUTELY YES.

Weight loss and hypnosis: stay fit and be confident using[...] 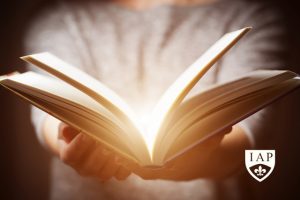 A Brief History of Hypnotherapy Though practitioners haven't always understood[...] 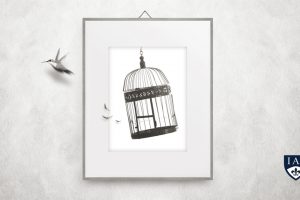 Hypnotherapy: The Quiet Revolution Modern hypnosis vs traditional, what's the[...]

What our clients think about our training

[Video Widget Error] Sorry, but the URL you entered is not supported. Check http://codex.wordpress.org/Embeds for more info.

Join our next Hypnotherapy Webinar