The Shocking Cost of Procrastination

The Shocking Cost of Procrastination

Here’s how you beat procrastination

Is procrastination a problem for you?

Yes at different times, we all procrastinate here or there, but for some of us, procrastination is a debilitating issue. Some of us are chronic procrastinators. If you are in this category, you probably find yourself getting totally frustrated with yourself at times or have constant internal battles and can’t work out why you just can’t make things happen? If this is you, then I have good news.

So let’s begin at the beginning. There are numerous theories about why people procrastinate. Some people say it’s about anxiety, the fear of failure, or the tyranny of perfectionism which all translates into a reluctance to take action.

Other people talk about the saboteur within. That they are suffering from some deeper issue or personality flaw. You might be pleased to know that I don’t subscribe to this theory.

One of the biggest problems as I see it is that these theories could explain aspects of people’s experience but overlook the process by which people get stuck.

Contact us if you want a FREE 15-minute coaching to beat procrastination.

Most of us have no idea what directs our unconscious decision-making and in the absence of a solid understanding of ourselves, most of us resort to self-labeling. What do I mean by that? If you talk to yourself harshly, statements like “what’s wrong with you just do it you lazy xxxx” or “you’re useless”, then yes, you are doing it.

If this is you, you just don’t have some core internal skills of self-management, the types of skills good Neuro Linguistic Programming (NLP) training should give you.

Procrastination is fundamentally misunderstood. You’re not just born lazy, and you don’t lack motivation. Procrastination is deeply rooted in a cognitive patterning that you’ve learned along the way. In essence, it’s an approach-avoidance conflict.

If you want to reinvent yourself and live the life that you REALLY want, then get STARTED, click on this link and learn NLP.

And as a result, we will be more concerned with what we don’t want, not what we want. It will be a consequence that forces you to move. It’s actually driven by anxiety. Fear of consequence has long been your primary driver if you are more on the avoidance side of the equation.

What this really means is there is a part of you that wants to take the action, there’s another part of you that doesn’t. This often leads to a lack of clarity, which leads to the mind baulking at taking action. If you feed your mind conflicting messages it will typically STOP and wait for clearer instructions.

You’ll tend to leave things to the last minute. So you stay up all night to do your paper and submit it on the last day. At that point, there’s more consequence to not take the action than to take the action.

So someone who’s proactive isn’t so much focused on consequence, they’re focused on the outcome. What they want to achieve, what they’ll get as a result of taking the action. Whether it’s a good feeling, whether it’s a sense of completion, whether it’s closer to a larger goal, whatever it is.

The trouble with that is if there is no immediate consequence you will tend to dither. It’s the looming deadline that builds the pressure and forces you to overcome your own internal conflict. And the larger problem with all of this is that if this is a dominant cognitive pattern within you, this is linked to pessimism and anxiety.

It’s actually stress that drives your behaviour. This is because you generally don’t take any action until you reach a certain level of discomfort before you are galvanised into action. You need to hit that tipping point.

Procrastination is a cognitive distortion

At its core, this comes down to waiting for some external factor to create conditions that will facilitate a shift in your own thinking. This is referred to as an external locus of control – a belief that our thoughts are determined by something outside of us.

This is a cognitive distortion. Nothing outside of you determines your thoughts. Only you get to decide which thoughts or feelings you pay attention to, and which ones you should ignore.

When you don’t feel like you’re in control, then you won’t take action. And one of the problems for someone who procrastinates chronically is that they pay way too much attention to their feelings.

Procrastination and the lack of process

Sometimes there are other factors, like a sense of injustice that you shouldn’t have to do this, or a sense of ‘overwhelm’ because you are not quite sure how to do it. Sometimes you don’t have the right process.

But here’s the irony. We also don’t do what it takes to find out what we don’t know, and as such, delay action further.

If uncertainty that holds you back, then you have to look to minimise the unknowns. That means going and getting whatever information you can that will assist. Whether it is handing in a paper, or completing a project you need to find out what you don’t know. Uncertainty is not your friend. As a general rule, people who procrastinate tend to be uncomfortable with the uncertainties of life.

If that is you, acknowledge it and do something about it. Learning cutting edge NLP skills should address this. NLP is all about self-leadership or managing your own internal space effectively because that is the core skill that facilitates a successful and happy life. 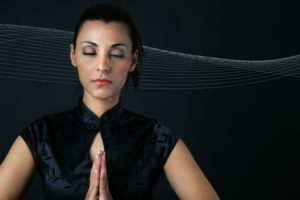 What Happened When Freud Found Hypnosis

Quite early in his study, Sigmund Freud came in[...] 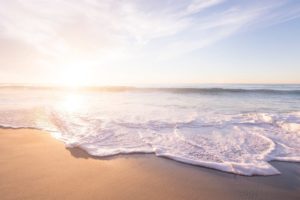 How to stay positive with Dr Stephen Gilligan 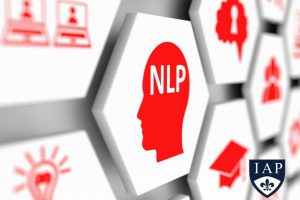 The Benefits of NLP

What are the benefits of NLP and I can use it[...]

ARE YOU READY TO BE EXCEPTIONAL?
Then watch this motivation video.

DIFFUSING ANXIETY IN 30 SECS.
Gordon Young explains what is stress and anxiety, and how to diffuse it in 30 seconds.